If I Let You Go Cover Reveal & Bloghop Signup

September 18, 2012
I am SO freaking excited to share this with you!! Even though I only announced the cover reveal last week, it's felt like it's taken years to get to today!

I would like to FINALLY reveal the cover for my first novella, If I Let You Go: 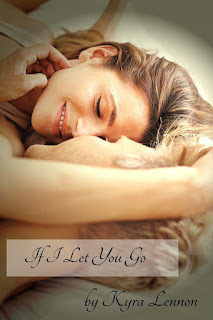 Synopsis:
Madison Connor is about to lose it. Her job, that is. For three years, she’s taken care of Dominic Hartley’s five year old daughter, Tilly, but her world is flipped on its head when Dominic tells her his latest promotion is taking him to New York. With Tilly having a meltdown over the move, Madison and Dominic get into a fight that changes the entire nature of their relationship, causing Madison to ask herself a big question. Can she let him go?

Annnnd there's more! As I'm not doing a blog tour for this release, I still felt like I needed to do something to mark the occasion. So, I introduce to you the "Letting Go" Blog hop! 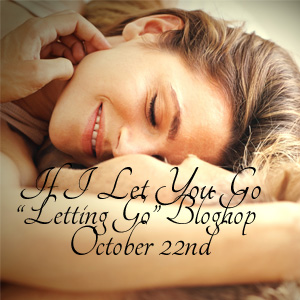 On October 22nd, I invite you to share some stories about letting go. Was there a time when you had to let go of someone or something? How did it make you feel? How did you handle it? Or if that's too personal - which I completely understand - how about writing a piece of flash fiction?

The only rules are - obviously - it has to be related to letting go, and please keep it to a maximum of 500 words.

When the day arrives, I will hop around to all the entries, along with my independent judge (otherwise known as "Mum" LOL), and the story that touches us the most will win a $10 Amazon gift card!

ALSO - I am giving away 5 ARCs of If I Let You Go, so if you want one, let me know in the comments and I will randomly select some of you at the end of the week! HUGE thank you to everyone who is helping with the cover reveal this week - you guys ROCK!

Popular posts from this blog

IWSG- Finding My Way Back

February 01, 2023
I haven't done an IWSG post in years, but it's nice to be back!  And I guess that is what my post will be about today.  Over the last few years, and probably since I stopped blogging, I lost my way a bit. I've met a LOT of authors on Facebook and have made some amazing friends, but there is nothing quite like the support of the blogging community.  But now I have to find my way back in. Do people remember me? Do people want to know what I've been doing? It's quite scary coming back after being away. Thankfully, those who have found me have been so welcoming!  But it's not just about finding my way back with blogging. I am still trying to find my feet in terms of writing again. Two years of hardly any words coming out has messed with my head.  Can I still write as well as before? If not, will it come back over time? And again, will the people who used to read my books still want to hear from me?  I look at the books I've released and wonder where those inc
18 comments
Read more

March 01, 2013
Good morning! It's time for the Bloghop of Joy!, hosted by myself and Clare Dugmore! In these cold, winter months, everything can seem kind of ... bleak. However, every now and again, something small will happen that makes us smile again. It could be a random memory, something you see on TV, overhearing something that makes you laugh out loud - just that one thing that makes the clouds part, and the sunshine appear again. We're not talking life-changing moments, just the little things that inexplicably make us smile. All you have to do to be a part of this happy hop is sign up on the Linky List, and on March 1st, post your list of joy - with a minimum of five things that put a spring back in your step!  So, what is on my list? The Ducktales theme tune Seriously, I can be in the worst mood ever, but as soon as I hear this, everything seems better! The sound of a baby laughing Is there anything more adorable than the chuckle of a small child? Puts a smile on my fa
36 comments
Read more

*Peeks around the corner*